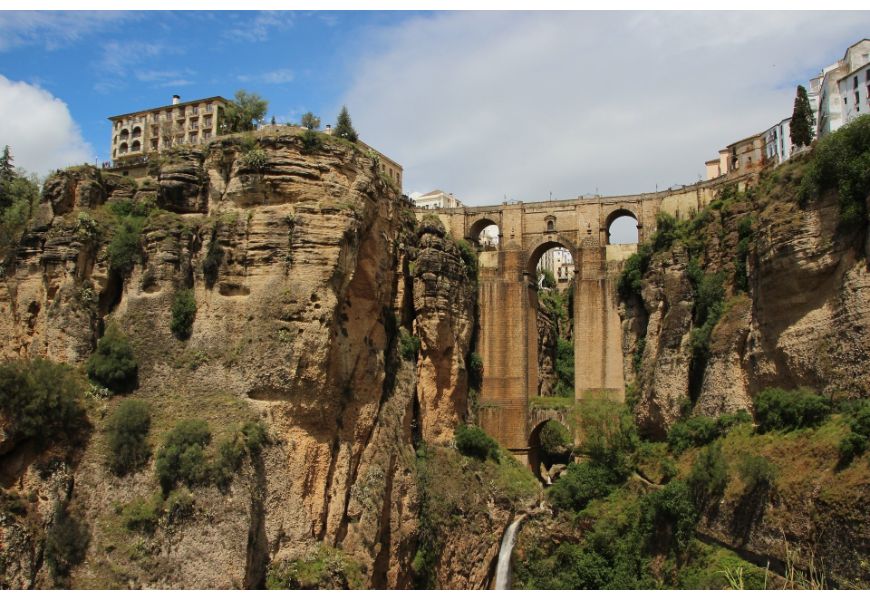 Would you like to know what to see in Ronda in a day? Here we’ll tell you what places not to miss if you want to know better this town, considered by many as one of the prettiest of the world.
Ronda is located in the northwest part of the Malaga province around 100 km from Malaga city. It is surrounded by natural reserves like the Sierra de las Nieves Natural Park, the Genal river valley and the Sierra de Grazalema. But if you have to highlight one single spot from Ronda’s geography, you’ll find it in the city itself: the 35.000 inhabitants have their homes on top of a 100 metres high gorge made by the Guadalevin river. The Tajo de Ronda, a deep canyon, divides the town in two parts.
The breathtaking views, the gastronomy, the centuries of history and culture make of Ronda one of the must-see destinations if you are spending some time around Malaga.

HOW TO REACH RONDA?

Unfortunately, Ronda is not the best communicated town of the province. There’s no direct connection by train with Malaga city, a transfer is needed in Antequera, this increases the price and make the trip two hours long decreasing also the frequency of available trains.
There are more options with buses: several companies can take you from Malaga city to Ronda for an average cost of 13€ and around one hour and a half to two hours of travel time. From Ronda bus stations, there are also direct connections with other villages and cities of the province and the rest of Andalusia.
The best option, however, is to go by road, on your own car or in a car hire from Malaga. The routes available are not highways but the mountain roads in use are well maintained and there isn’t any spot especially dangerous, nor coming from Malaga nor from the alternative roads from Estepona/Marbella or Algeciras.

WHAT TO SEE IN RONDA?

Let’s have a look to the 10 places to see in Ronda in a day after this short introduction:

We are going to start our tour with a mandatory visit: el Puente Nuevo (the ‘new bridge’). Everyone agrees on the first visit: the views are impressive. It was built more than 200 years ago and connects the old part of the city with the ‘new one’ (as it was two centuries ago). It is the biggest monument in the town so if you have doubts about what to see in Ronda this is the best start you can have. 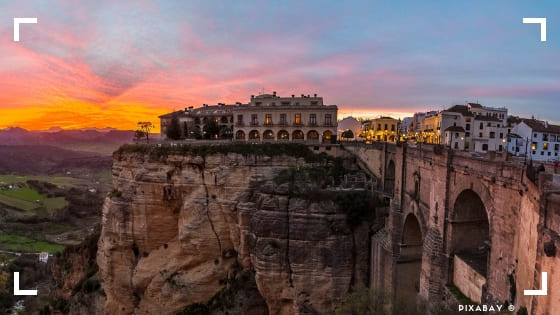 It is one of the most popular viewpoints in the city. The views of the Puente Nuevo and the countryside are really breathtaking so don’t miss the chance to enjoy them if you are visiting Ronda. 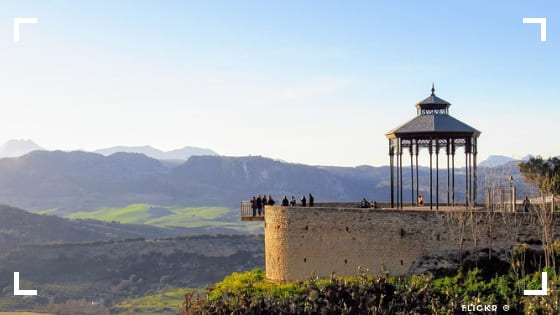 The Arab Baths of Ronda are the best preserved of the country. They were built at the end of XIIIth century during king Abomelik reign. The boiler used to heat the water is still there and in good condition. It is located in the old Muslim borough of the city, known today as San Miguel district and it is one of the places not to miss if you want to enjoy a relaxing experience before finishing your what to see in Ronda tour. 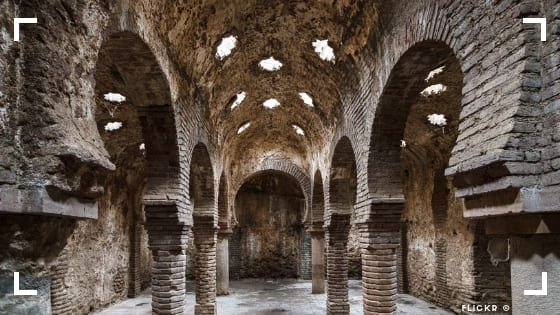 This square is one of the most visited places in Ronda and the perfect place to have a drink and some rest before going on with the tour. You can also admire there the church of Santa María la Mayor, built on a mix of gothic and renaissance styles that took over 200 years to be finished. It’s also interesting to visit the Plaza del Socorro and the area surrounding Calle Nueva. 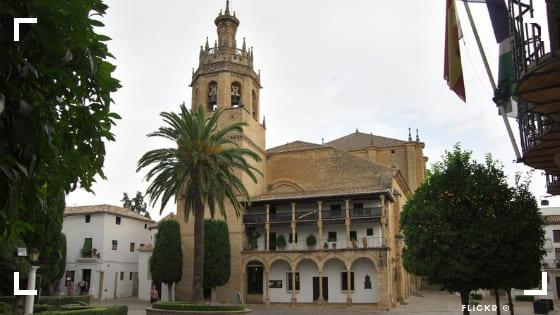 Ronda is known to be the place where modern bullfighting was born. The Real Maestranza’s Bullring is one of the oldest of the country. It was built in 1785 and can seat over 5.000 people.
There is also a museum attached to the bullring with audio-guides available in several languages. Even if you are not a bullfighting fan, Ronda’s Bullring is one of the most important monuments in the town and well worth a visit. 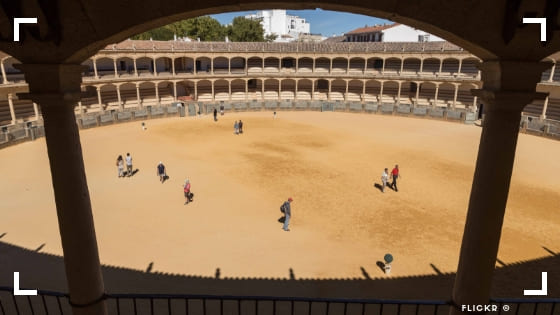 Did you know Ronda is a walled city? During the times of Muslim conquest Ronda occupied a strategic position so they had to build walls to defend themselves.
They provide now great views of the town and its surroundings but please pay attention to the Muslims styled gateways like the Puerta de Almocabar or the Puerta de Cijara. 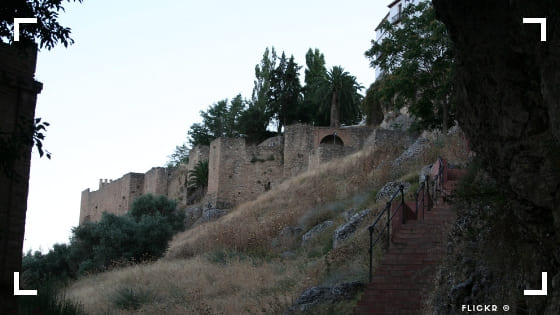 Legends tell us this palace was the residence of king Almonated, famous for drinking wine in his enemies’ skulls.
The most impressive feature of this palace, apart from the gardens, is La Mina (the ‘mine’) with its 231 steps that allows for access to fresh water of a nearby river. For many years it was the only spring in the old city and dozens of slaves were used to lift the water up. 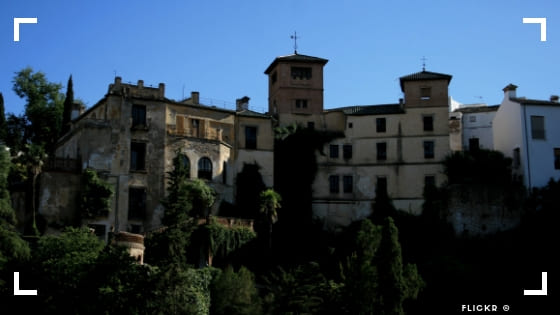 If you have time enough in your visit to the area, it’s interesting to know several Natural Parks in the Serranía de Ronda are close. If you love Nature and you want to enjoy different things to see in Ronda do not miss: 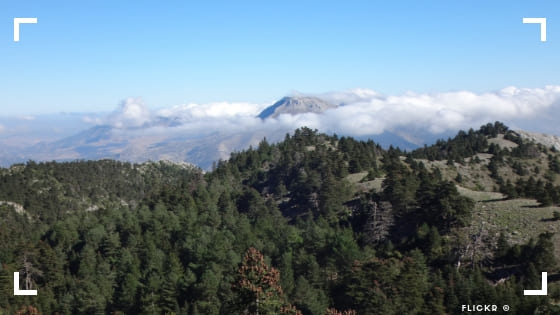 The Cuenca gardens are located in the cornice of the Tajo. They are scattered in several terraces with splendid views of Ronda. They owe their name to the agreement of brotherhood reached in 1975 with the city of Cuenca. 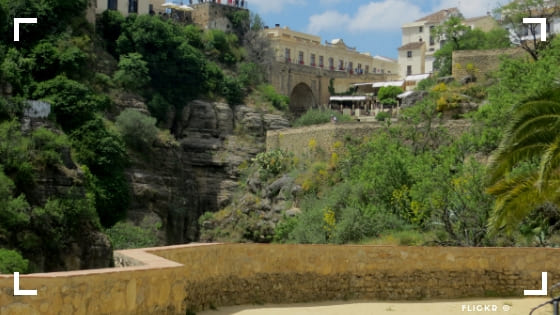 The Mondragón Palace is located in the town museum. It was built by king Abomelik and used later by Christians kings Isabel and Fernando.
Today, the town museum is dedicated to the history of Ronda and you can find there well preserved examples of Romans and Arab tombs. The gardens are one of the quietest spots of the city, try not to miss them on your visit to Ronda. 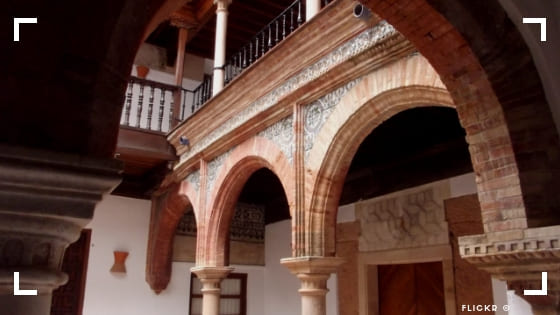