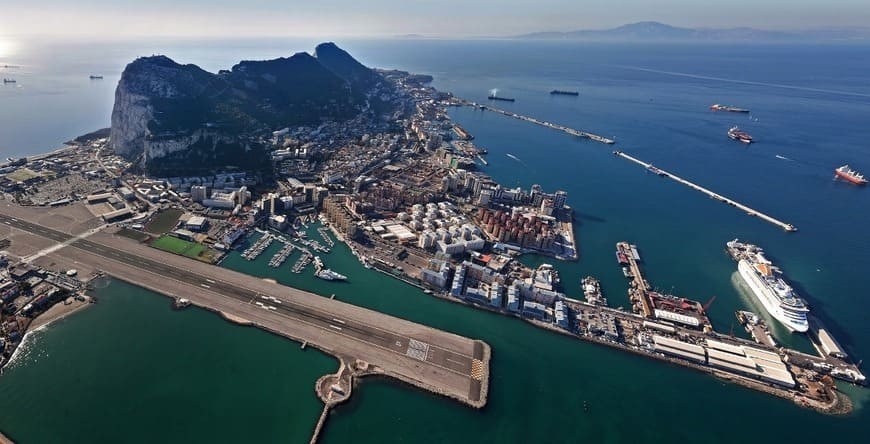 The construction of this tunnel, whose objective is to avoid crossing the runway, is an important topic to the Gibraltar government since 2008, when this project was assigned to the OHL Company. Although the government of the area said that “the project is expected to finish during the second quarter of 2021”, this construction has a long history.

A 350-metres-long tunnel will cross the airport´s flight runway underground. Although the project is not limited to this, it includes the construction of another parallel tunnel for pedestrians and cyclists.

In addition, it also includes the construction of a control and operation centre for funnel facilities that will include aviation fuel storage and a loading and unloading area.

According to the OHL Company, the work of the Gibraltar Airport tunnel involves the design and construction of a 1.24-kilometre road and two-lane-by-way roads, connecting border control of Spain with Devil´s Tower Road.

Certainly, once this project is finished, our car hire Gibraltar will be available as before.

Problems during the construction of the Gibraltar airport tunnel

The works were awarded to the OHL Company for 35.7 million €. But three years later, in 2011, the works of the Gibraltar airport tunnel were halted. And that's why the problems and delays started.

The Gibraltar Government decide to cancel the contract, and that’s why the OHL Company took legal actions. Finally, in 2004, the High Court of England and Wales gave the government reason because they terminated the contract in a good way. Then, the OHL Company appealed the judgment, which was dismissed the following year.

A new company in command of the Gibraltar Airport Tunnel

In September 2014, after years with the construction jobs paralyzed, the Government of Gibraltar assigned the work Joinery & Building Services Limited, a company from the Rock.

Although it had been established that these works should last a maximum of 2 years, in 2016, a new agreement was announced with the previous company (OHL) to complete the work. But one condition was imposed: the Gibraltar tunnel had to be ready by the end of November 2018. If that were not the case, the company had to financially compensate the Government.

This new contract with the OHL Company had a value of nearly 27 million euros, which included payments up to that date. The difference with the initial contract is due to the compensation for the costs and expenses caused to the Government of Gibraltar since the cancelation of the contract.

This agreement with the company caused the cancellation of the trial in which it would establish the amount of compensation that the OHL Company should pay to the Government, as the company was ordered to pay the additional costs incurred to complete the project.

As we discussed at the beginning of the article, the Government think that the construction of the Gibraltar Airport tunnel will be finished between May and JUNE 2021, if it continuous like that.

The contractor has completed most of the civil works," they say, adding that they are currently "advancing mechanical and electrical installations." Fabián Picardo, the chief minister of the Rock, said they preferred to finish the works with quality than to do so in a hurry.

We think so, so we leave you our suggestions on what to see in Gibraltar in one day.