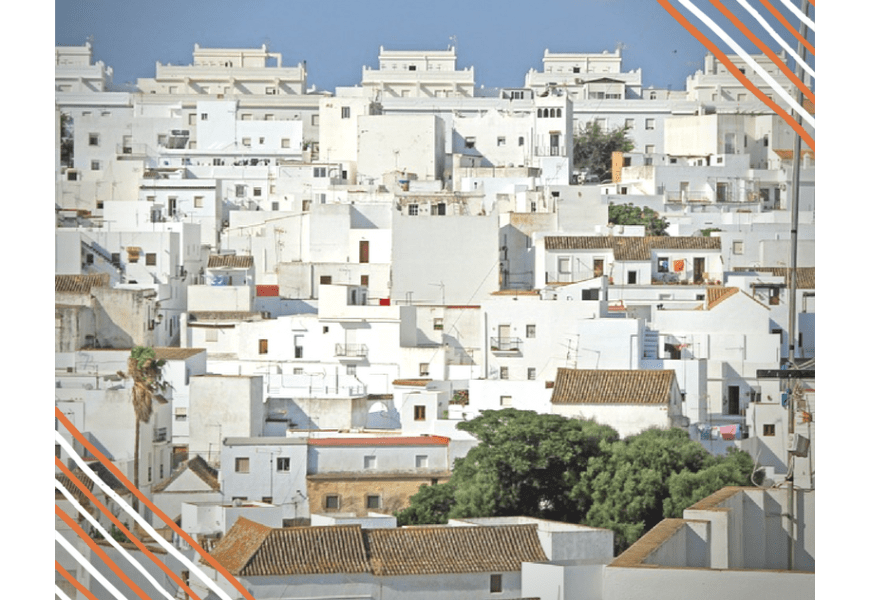 Today we will tour the white villages with more charm and essential for your route through the province of Cadiz.  Even if we make a selection of some, don't hesitate to explore the rest, because there are others along the ways that are also very charming.

Those that we think are essential: Setenil de las Bodegas, Olvera, Zahara de la Sierra, Grazalema and Arcos de la Frontera. For those curious who want to extend their route can consult more information on the Web site of Tourism of Cadiz. 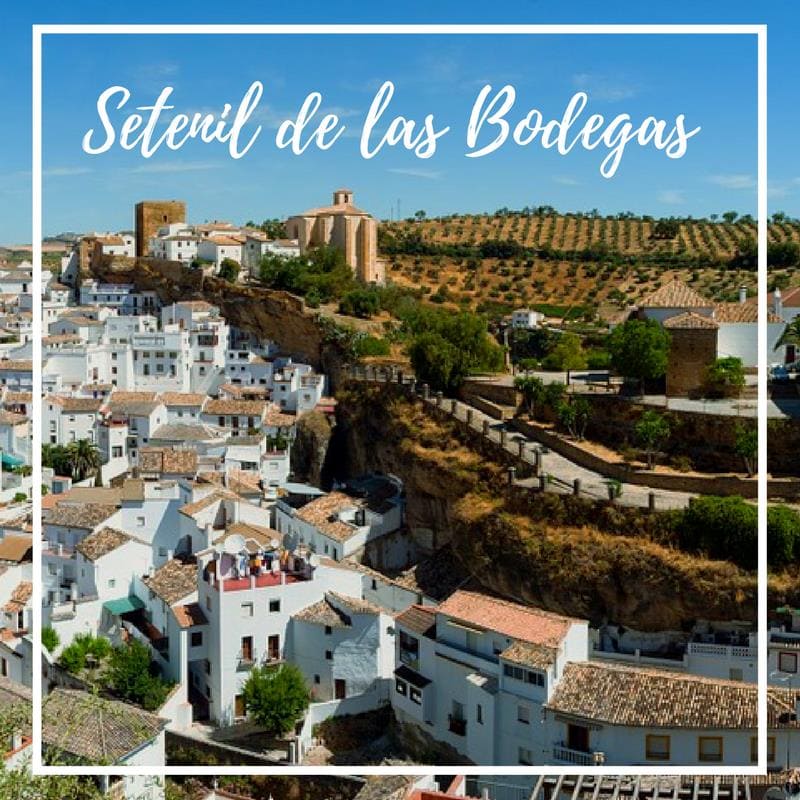 It is a very unique municipality because of the beauty that characterizes its urban network. It is not a town that awakens the senses by being in the heights, it is a town that makes visitors fall in love with it by growing up on the back of a winding gorge.

Their houses are known as "shelters under rocks" and the houses are not excavated, but rather the rocky walls are used to build the houses. Thanks to this urban framework its streets are famous, among them, the Caves of the Sun and the Caves of the Shadow are already known internationally, for the particularity that only the rock of the mountain is seen, instead of the sky, when we look up.

In this white village of the Sierra de Cádiz, you can do many tourist routes in an impressive natural setting, where the most famous of the routes is “La Ruta de Los Bandoleros”, where they left their mark "bandits" as Curro Jiménez.

As for its gastronomy, among the most typical dishes is the Cortijera Soup that can be eaten all year round, although we cannot leave Setenil without having tasted the town's star tapa:"las masitas", which are mini hamburgers whose dough is made of sausage or grilled chorizo.

It is considered one of the most beautiful white villages and has very interesting activities to enjoy the stay there, including visiting the Museum of Textile Crafts where you can learn about the production of the traditional"blankets", passing through the workshop of the Finca Las Hazuelas to learn how the cheeses are made"payoyos" and in whose elaboration visitors can participate; you can also attend to a cheese tasting led by a monitor.

In addition, for lovers of mountain sports, Sierra de Grazalema natural park can be accessed from inside the village (prior authorisation is required). Among the various possible routes,the most famous, is  one that leads to the Pinsapar, a beautiful forest of Spanish firs, an authentic living fossil of the tertiary era.

The bars and restaurants offer some of the typical dishes of the village such as asparagus soup, baked lamb and tagarninas. And as appetizers: sausages and delicious'payoyos' cheeses accompanied by a glass of local wine. 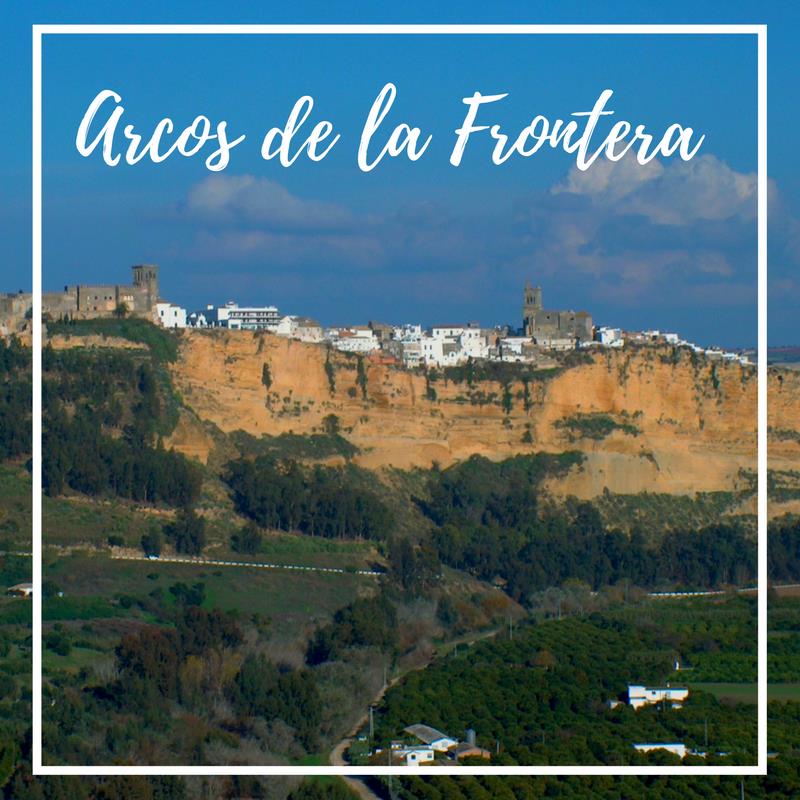 Arcos de la Frontera is a city with a very peculiar beauty known even by the international media.  It also has a collection of historical and artistic importance: the Basilica of Santa María de la Asunción and the organ of the Basilica itself.

For lovers of photography, the most impressive panoramic views of its silhouette can be immortalized from the Paterna and Alcalá de los Gazules road to the south, the Algar and El Bosque roads to the northwest and east, the access from Jerez de la Frontera to the west and the old Bornos road.

The village has a castle, the parish church of Santa María de la Asunción and the Town Hall.  The places that most visitors frequent are the Cuesta de Belén, Calle Corredera and  Plaza del Cabildo. Everything is done on foot and you have to leave your car far from the old town because of the large number of visitors.

The typical dishes are made with local products such as chard stew, or Alboronia and Mediterranean stew, made with rice broth, meat or fish and aromatic spices.

To enjoy these dishes  you should go to some restaurants with homemade kitchen like the Cortijo Faín, the Corregidor and Molinera inns,  Mesón la Plata and  Cortijo Mesa de la Plata. 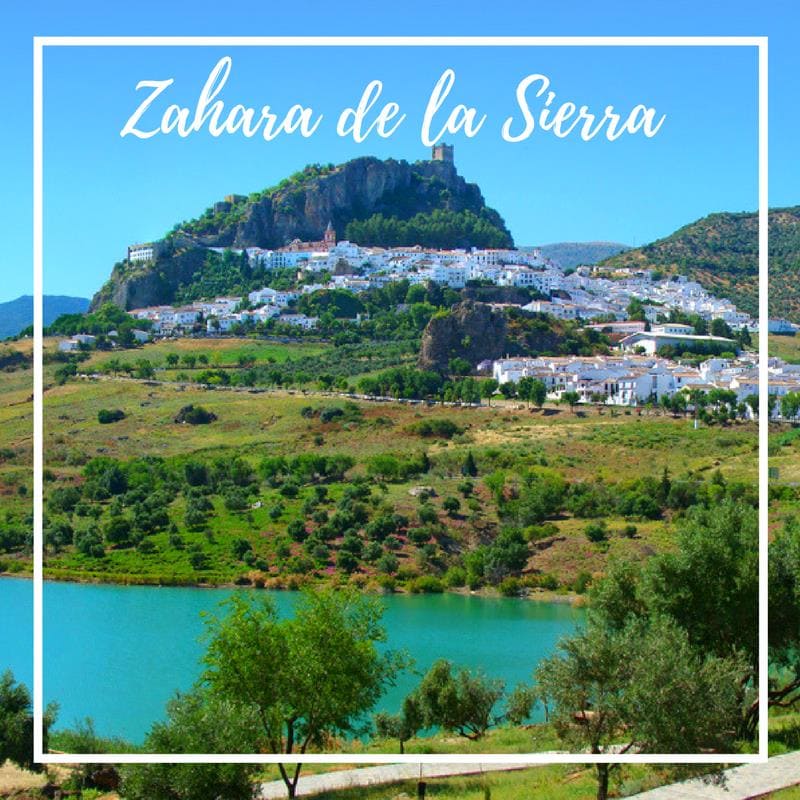 Zahara de la Sierra is a medieval fairytale village, with its 13th century castle at the top, the remains of the Arab walls and the white village falling down the slope.

Its most attractive feast for visitors and has also been declared of national tourist interest is the Corpus Christi, where the streets of the entire town are decorated with flowers and plants.

One of the peculiarities of the village is "La Playita", an inland bathing area in the middle of the Arroyomolinos mountain range, where we have spectacular panoramic views and you can also practice various water sports.

The most outstanding monuments have a rich historical past, such as the Castle of Arab origin and the Main Church.

All these natural and historical attractions, together with its rich gastronomy (the boiling soups and the meat of quince) make it worth a visit to get to know it and experience it. 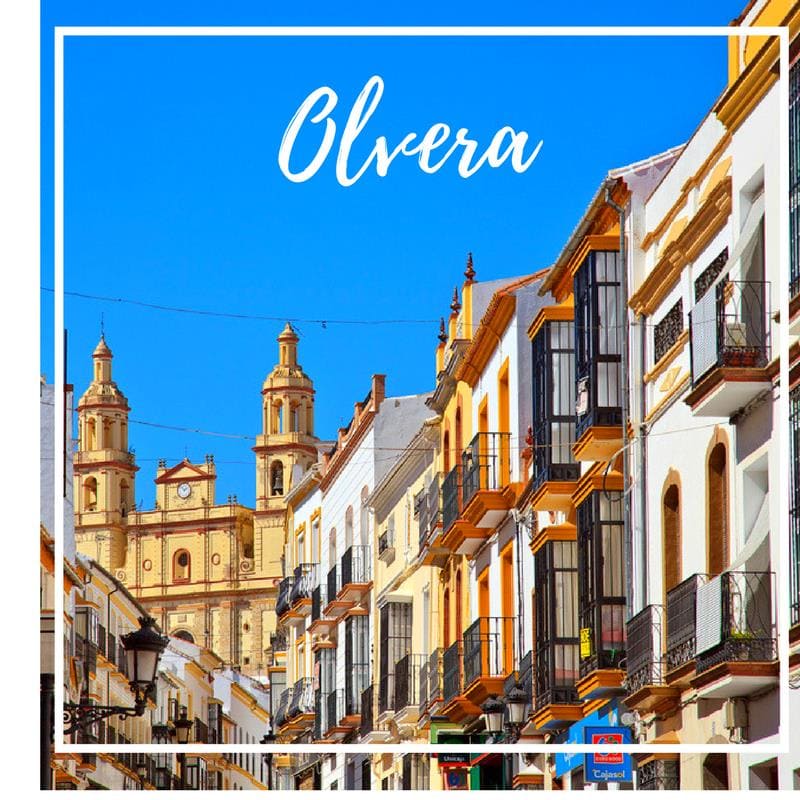 Olvera is the village considered as the gateway to the Route of the White Villages, located approximately 130 km from Cadiz. In addition, it has a great peculiarity: the Green Route of the Sierra, the only route declared of tourist interest in Andalusia, runs through it.

Its urban centre is a tribute to the mixture of Andalusian heritage and popular architecture.

Olvera's gastronomy has a special ingredient that gives that special  unique touch to its dishes: the olive oil from its own olive trees. The highlights of its gastronomy are the stuffed sirloin from Olvera, the shoe potatoes, the serranitos, the Quasimodo cake from Monday, the Sopas pegás, the tomato soups, the hornazo, the olla (a stew with a slice of porridge), and the gachas.

Definitely, it is not necessary to leave our country to visit unique and charming places. These are some of the charming villages you can't miss on your route through the white villages of Cádiz.

We encourage you to take your car and start exploring these villages with magic in a pleasant company!