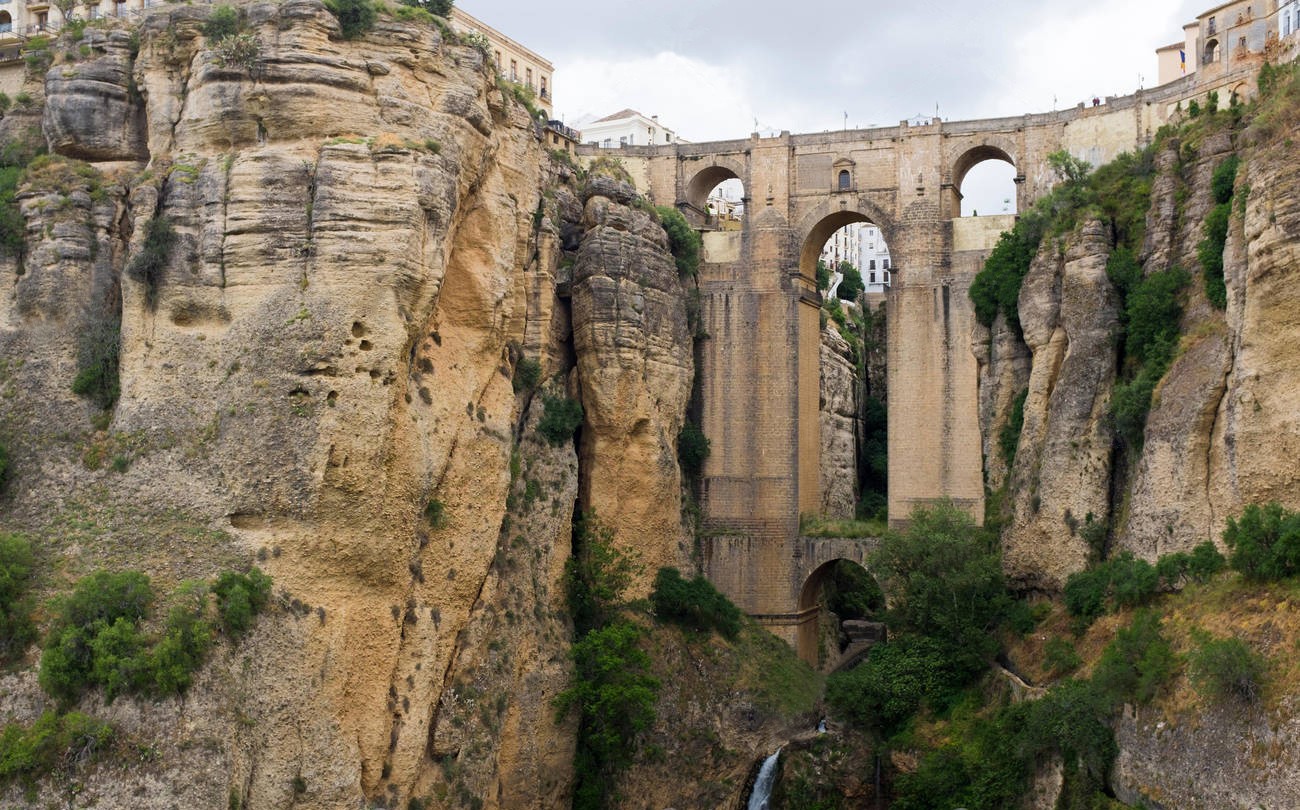 Ronda is considered one of the most beautiful cities in Spain, in fact it is the third most visited city in Andalusia. The fact that it overlooks the Tagus River turns it in a natural fortress from which to enjoy beautiful landscapes. For visitors it is a magical city, with its noble buildings and cobbled streets, full of legends and curiosities.

Ronda is a city worth enjoying without rush or schedule and the best way to do it is on foot, as every corner is unique. Enjoy long walks through its streets of Arab origin, visit some of the wineries in the surrounding area or have dinner with splendid panoramic views. These are some of the activities that you can do there.

Its gastronomy is characterized by its excellent quality, thanks to an ancient cultural tradition that mixes different flavours and ingredients from ancient civilizations and a natural environment, source of the best raw materials with which you can cook simple but very tasty dishes such as beans with tomato and ham, pumpkins rondeña and Gazpacho de la Serranía.

For wine lovers, we recommend the Ronda Wine Route, which includes the municipalities of Ronda and Arriate with a total of 21 wineries. 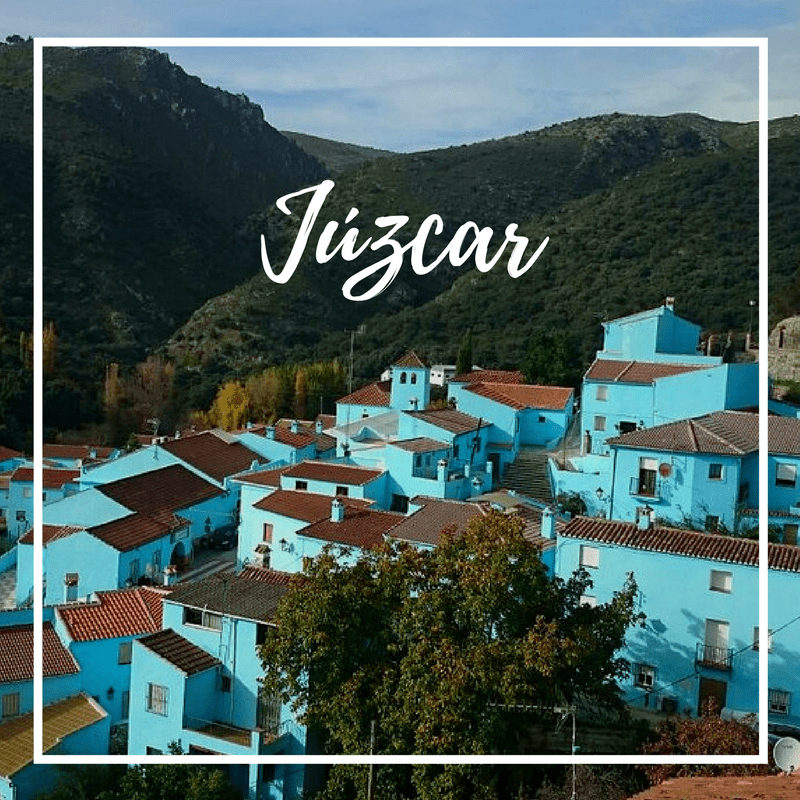 Once upon a time there was a quiet and hidden village in the Ronda highlands called Júzcar, where monotony took hold and unemployment was rife among its youth. A town visited by tourists looking for peace and nature. But in 2011 his situation changed unexpectedly thanks to the Sony multinational that chose its as the first Smurf village in the world for the premiere of the film"The Smurfs 3D". The 200 villagers agreed to paint the façades of their white houses in 'Smurf blue', including the church, town hall and cemetery.

It has been as if the lottery had been won by the village, as this action has put the name of Júzcar on the map and has helped enormously to raise the economy of the village.

On every balcony or in every corner you can find dolls or murals from the animated series. You'll even find characters like "Smurf Daddy" or "Smurfette" walking through the streets, ready to take a picture with you. That's why, if the visit is made with children, it will be more fun.

On weekends a Mercapitufo is organized, with the aim of promoting the artisan products of the area and the local gastronomy. One of the unique occurrences of the village is The Cave of Gargamel , whose entrance is worth about 0.5 euros. It is an ingenious idea of the villagers to take more advantage of the characterization of the village; a cave house with the figure of Gargamel and a large cauldron.

As for the dishes you should not miss the opportunity to try  La Sopa de la Huerta, Mistela, Borrachuelos and Las migas. 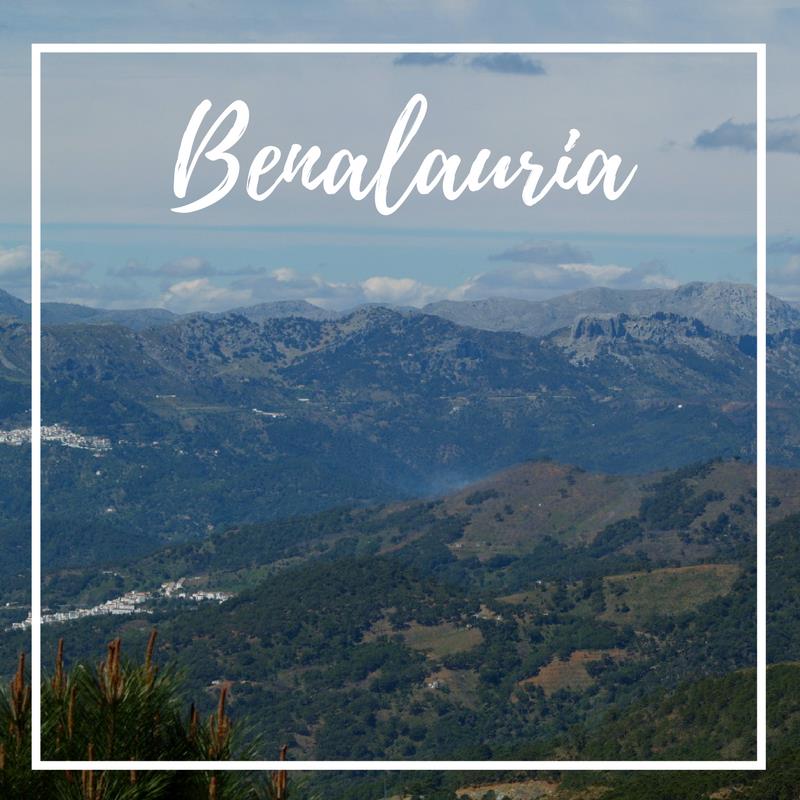 Views of the African coast from a place surrounded by mountains and pine forests? Yes, it is possible, from a charming village of Berber origin called Benalauría.

Another striking place is the Roman Columbarium of Cortijo del Moro. It is an archaeological site formed by a Roman burial pantheon and next to it are preserved the remains of a small agricultural village.

In an old oil mill we will find the Ethnographic Museum of Benalauría.  In it you will get to know different traditional objects of the area and tools to work the field. The museum has a guide service and a shop with souvenirs and typical products of the municipality.

One of the best occasions to visit the town is undoubtedly during the Moors and Christians feast, declared as national interest. 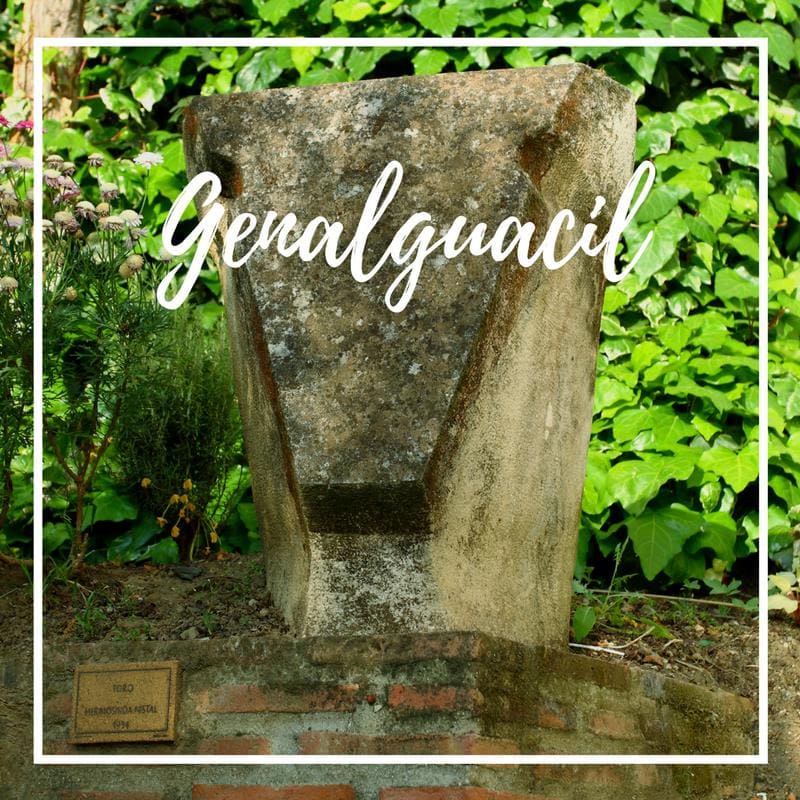 Genalguacil is located in the east of the province of Malaga. Its urban structure (white village, narrow, uneven streets, white façades decorated with flowers, steep staircases, fountains and murals) is the heritage of a village of Arab origin.

Every two years, the city council organizes an artistic meeting "Art Meetings" where artists from different parts of the world participate. In exchange for food, lodging and material for the elaboration of their works, they will be incorporated into the patrimony of the municipality and depending on their composition they will become part of the exhibition of the municipal museum or they will be exposed to the elements.

All these picturesque elements that give Genalguacil its charm turn the town into an authentic open-air museum.

Among the dishes that you can't miss and that are a real pleasure for the palate, are the hot gazpacho, the tomato soup and the cold cuts. There are other dishes you can enjoy all year round such as the delicious mountain pots and various chickpea stews and among the meats, rabbit stews and the wide variety of dishes and sausages from pork.

Do not forget to use our car rental Malaga Airport service. 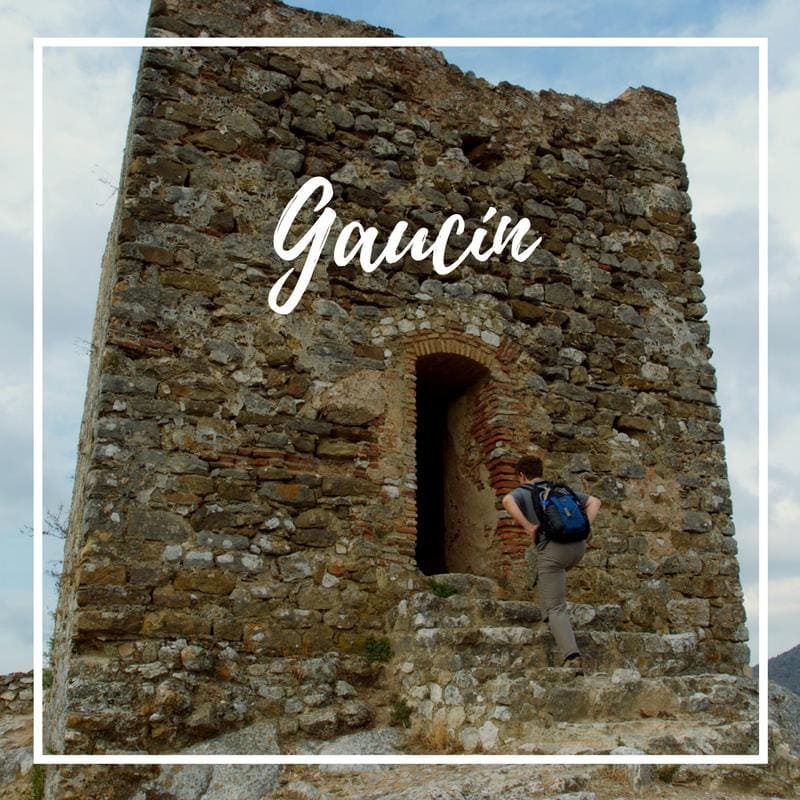 Gaucín is a village located in the west of the province of Málaga in the Genal valley. It is a beautiful village due to the whiteness of the houses decorated with grilles and balconies that adapt to the hill and the surrounding agricultural environment.

One of the places where it is recommended to start the visit is the Castle of the Eagle with incredible views that will make you go back in time.  Before the entrance to the castle is the Hermitage of the Holy Child which is quite devotional.

In the urban area one of the most outstanding places is the Church of San Sebastián.

Within its gastronomy, dishes such as chickpea stews, rabbit stews and sausages stand out.  The sweets are one of the specialities of the village like the delicious alfajores, the white roscos and the sighs. 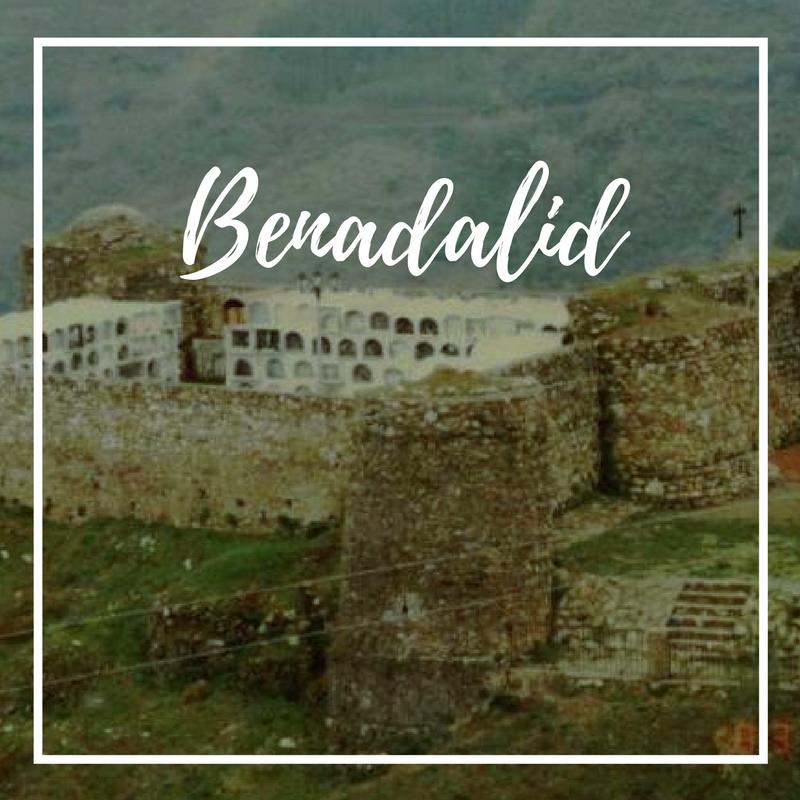 Benadalid is another small village located in the Genal valley. The most outstanding feature of Benadalid is the urban area of the municipality with its unique streets and Moorish layout. The little houses have that striking white colour so peculiar of the Andalusian villages.

The most notorious buildings located in the town square are: The Town Hall and the Church of San Isidro. You can also visit the Castle of Benadalid on the outskirts of the town centre, where the village cemetery is located.

Another point of interest in the village is the museum of  still, which was a distillery converted into a museum of popular arts and customs. Inside the museum there is a restaurant where you can taste the typical gastronomy of the village, such as tagarninas, fennels and collejas, you can also taste the serranas pots and chickpea stews, and among the meats, rabbit stews and sausages from pork.

The famous feast of San Isidoro, celebrated in the last week of August, is the most popular feast in the village. In these parties there are activities focused on children, gastronomy, dancing and flamenco. The most interesting thing is the theatrical representation of Moors and Christians. 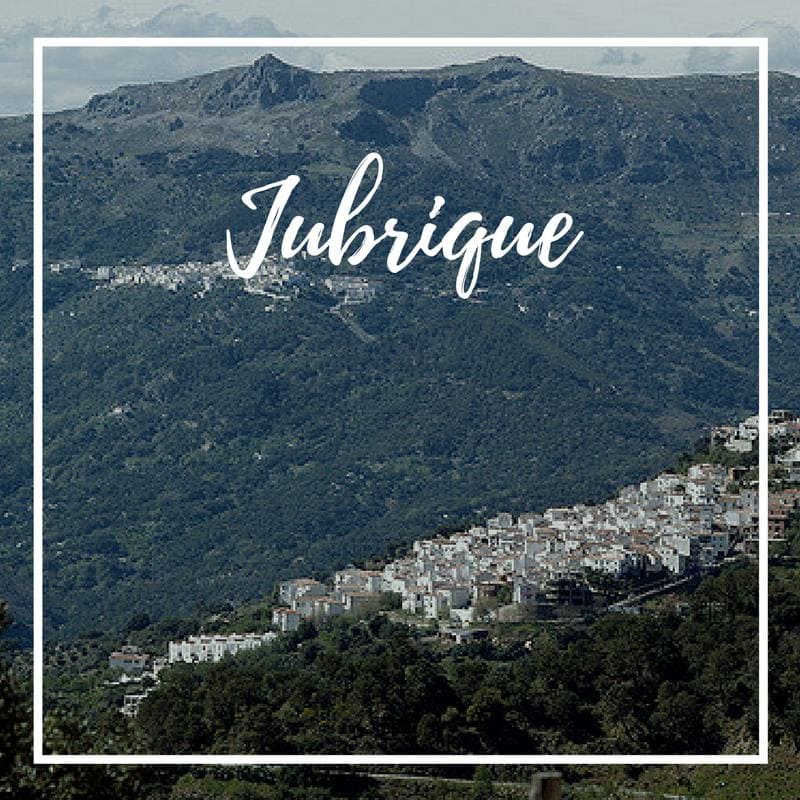 Jubrique is another charming village in the Serrania of Ronda. It is worth to be seen without rush to discover all that it hides, since even from a simple glance from the road you can appreciate the beauty that surrounds it thanks to the extensive pine forests.

It is recommended to start with a walk through Jubrique where you can appreciate different smells and colors depending on the time of year. The most important building in the village is undoubtedly the parish church of St. Francis of Assisi. There are also other places of interest such as the Hermitage of Santa Cruz del Chorrillo, the church of San Francisco de Asis and the Hermitage of El Castañuelo.

The most outstanding features of the Gastronomy of Jubrique are the Chestnuts, which are the main source of economic and agricultural wealth of the town being present throughout the municipality.

Among its most typical dishes for these winter months are fennel stew and hot gazpacho.

The star dishes of the year are cod and garlic omelette, as well as slaughter meat and pork sausages. If you also accompany these delicious dishes with a glass of must wine made from the grapes of the land, the dishes are tastier.