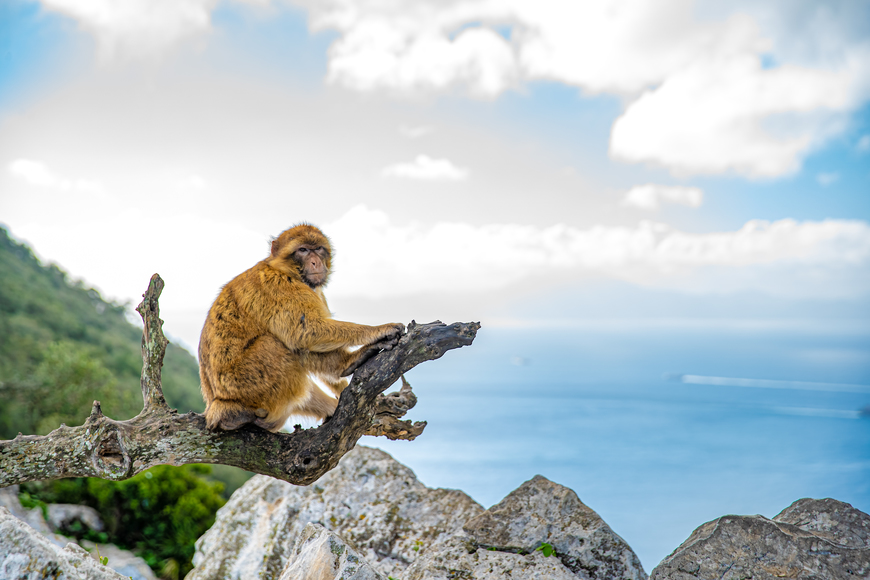 Do yo want to schedule your holiday in Gibraltar? Today we tell you some things that you can´t miss during your trip.

Gibraltar is a great option for schedule your holiday, especially if you are thinking about travelling for a weekend or a bank holiday. Due to its location, the trip is easyest, we can take a road trip, and it has a lot of places and tourist attractions.

If you are thinking about spending your holiday in Gibraltar, continue reading and include these ideas in your to-do list AND  car hire Gibraltar could be the best option for you trip.

Maybe, the monkeys are one of most renowned things of Gibraltar and we can see them represented in all kinds of souvenirs. If you want to spend your holiday in Gibraltar, getting to know them is a must.

The fame of these monkeys comes from a legend well-know in the area. It is said that during the Great Siege, Spain and France wanted to attack the Rock. But before the attack, the reaction and nervousness of the monkeys alerted the British, who, thanks to that "warning", managed to stop the siege on time.

Such is the importance of the legend that, in 1942, Prime Minister Sir Winston Churchill, with the death of a number of monkeys and the fear of a new attack, ordered to bring new specimens from Morocco and Algeria.

Without a doubt, visiting the Natural Reserve becomes a must to get to know them first-hand. Of course, be careful! Monkeys love to play with our bags and phones… and throw them down the mountain.

The tunnels of the Great Siege

We talk again about the Great Siege that we have already mentioned above. The thing is, on your holidays in Gibraltar you can`t miss the tunnels that were built around the rock by merchant sailors to defend the territory.

These were used to carry cannons and to fire from within through a series of openings that were made in the rocks between 1779 and 1783. Later, during the World War II, they were used again for defense.

In a social aspect, Gibraltar has a great influence from Spain due to its geographical location, but even so, in its streets we can experience and savour one of the most typical meals of the United Kingdom.

We are talking about fish & chips, a meal that is as simple as delicious: fish stir-fry with chips.

You can have it in a bar or order it to go while you walk, for example, through Irish Town, the area located in the commercial heart of Gibraltar.

Visit the top of the Rock by cable car

There are many ways to enjoy the views, but one of the most impressive is from a cable car. The views during the journey are incredible, but even more when you reach the top. In addition to allowing you a peripheral view accompanied by the monkeys (who walk freely there), its skywalk will amaze you.

The skywalk is a glass walkway on the cliff that will give you the best views you can get during your holiday in Gibraltar. Of course, be careful if you have vertigo, we don´t want any fright!

A tip about the language for your holidays in Gibraltar

As a last tip before your trip, you may want to practice your English. Or rather the "llanito", which is the linguistic variety that prevails in the area, comparable to the Spanglish that we have all heard so much. It is just an idiomatic variety in which English and Spanish are mixed.

Have you already written these plans for your next holiday in Gibraltar? We hope so! And if you find them interesting and think they can help your acquaintances discover what is hidden in the city of El Peñón. We suggest you also see our post about what to see in Gibraltar.

do not hesitate to share the article on social networks.