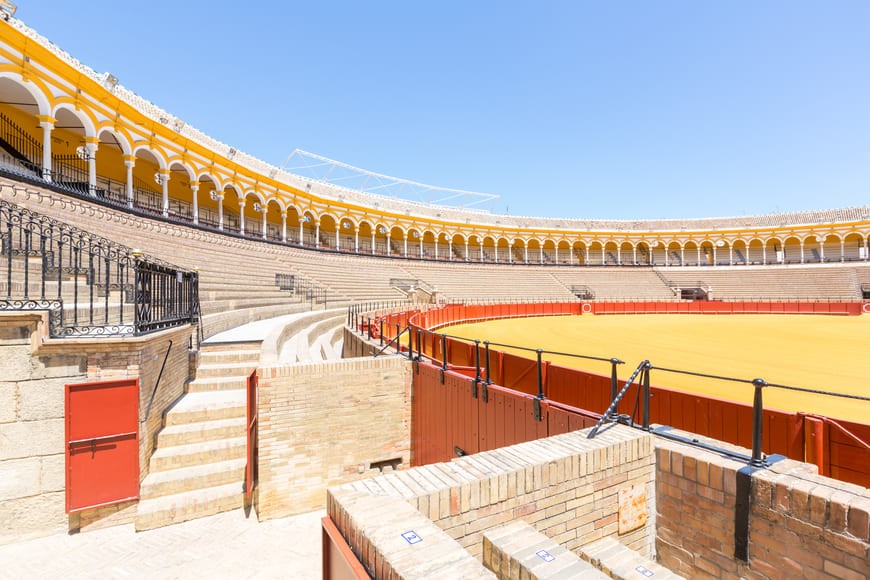 Considered as technic or art, its origin is due to fierce bull existence, an evolution to the primitive urus. A breed that, even though not being exclusive of the Iberian Peninsula, there is where they found the best settlement.

But maybe you have ever wondered which is its origin to finally becoming an art. In today’s article, we will share bullfighting’s origin.

Some consider that bullfighting’s origin is precisely in prehistory when it was the time for hunting urus. It was something that was joined to the bull’s figure represented in cave paintings, with a material value meaning and was supposed to be a poetic representation about the fight between the man and the beast.

However, the most direct influence seems to come from the Roman Empire, most specifically from its circus. At first, it isn’t difficult to find some resemblances between an existing bullfighting arena and the Roman Coliseum: with a circular layout, is an area intended to see the man fighting against the beast.

In the book “Aragonese Bullfighting” by Alfonso Zapater, it’s registered that “bullfighting’s origin is uncertain, and although it doesn’t seem so possible, other historiographers witness that bullfighting, in its initial version started in Greek, passing to Rome after.

Zapater captures in this same book the idea of some other historiographers who defend that “the emperor Julius Caesar become interested in the sport of lancing bulls (on horseback) and made some innovations for improving its practice among wich the introduction of pike use.

In roman circuses took place the worshipping. It was gladiators’ fighting, some of them specialized in bullfighting. To its common equipment, composed of a sword and a shield, it seems that a red cloth was added to distract the animal and evolved to become the capote we know today.

The first bullfightings in Spain

The bullfighting’s origin in Spain started with the firsts bullfightings that, and it’s documented, started in XII century. Those activities used to be received with ludic and jolly air.

The first documented bullfighting is situated in 1128, during the wedding of Alfonso VII of Castile (son of Urraca I of Leon) and Berengaria of Barcelona. It took place in the village of Saldaña (Palencia). These time chronicle gathered: “…Alfonso VII wed in Saldaña with Miss Berengaria the minor, daughter of the Count of Barcelona. Among other activities, there were bullfighting as well”.

The tradition of “bull-running”

Henceforth the next century, in XII, the tradition of “bull-running” got extended to celebrate weddings, baptisms, funerals… While the nobility rode horses, the ordinary folk run by feet.

The Bourbons' arrival supposed a bigger separation between the nobility and bullfighting. The Bourbons considered it a barbarous and tasteless feast. So that the nobility diverged from it while the ordinary folk continued running “by feet”.

Over the centuries that bullfighting has its origin, it evolved. It’s in the century XVIII, in Seville, when the modern bullfighting basis got established and the technique and aesthetic improved… Till today.

If you enjoyed getting to know the bullfighting origin, don’t hesitate to share it on social media!