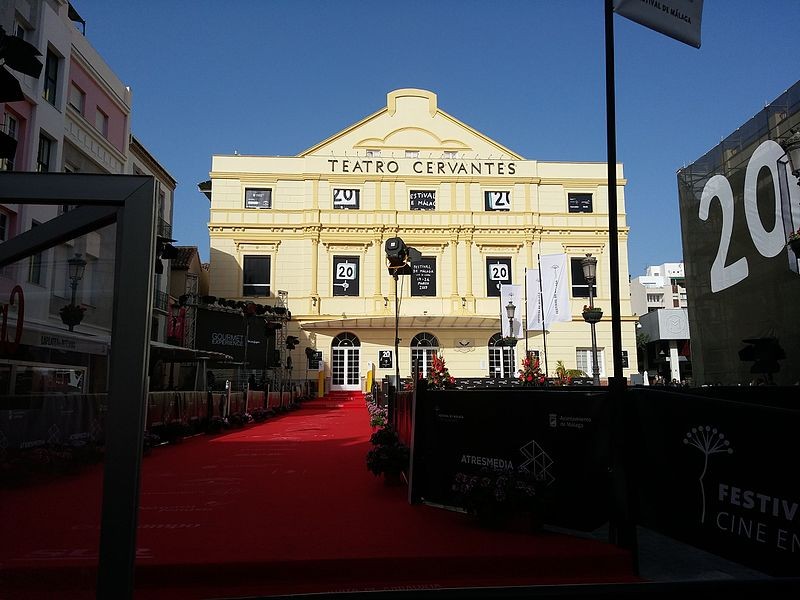 The information about Malaga Film Festival 2020 is still very scarce, but we can advance some details of this special eventthat brings together the best of Spanish lenguage cinema.

The Biznagas are the name to the festival awards and they take their name from one of the most characteristic elements of the city of Malaga, an elaborate creation consisting of a bouquet made of jasmine flower that is usually sold in summer on the streets of the city.

Golden Biznagas are the biggest prize awarded at the Malaga Festival to award the best spanish and Ibero-American film. In addition, during the event, other important awards are distributed that reward other creations of the film world such as documentaries and short films.

Where does the Malaga Film Festival take place?

The most important events of the festival take place in the main theater of the city, the Teatro Cervantes, It is located in the square that bears his name. In addition, other theatres such as Echegaray's and the newly renovated Soho Theatre (former Alameda Theatre) hold the event.

The whole city is involved in this event and you can enjoy artistic exhibitions because of the film festival in the streets of the historic center. Art galleries also usually open and hold special events around the city, although it is in the artistic district of Soho and in the urban area where most of these are located.

The bars and the restaurants of the center are dressed in red to celebrate this event too and it is common to meet some of the stars of the Spanish film having a drink in the most popular bars of the city.

Where do celebrities eat during the Malaga Film Festival?

The most typical and most exquisite restaurants in the capital of the Costa del Sol are decorated for this special event and many of them receive visits from the best celebrities of the moment.

Below we will mention some of the restaurants that celebrities usually frequent during the Film Festival so you can enjoy the best gastronomy in the city:

If you liked our article about the Malaga Film Festival 2020, do not hesitate to share it and write a comment.