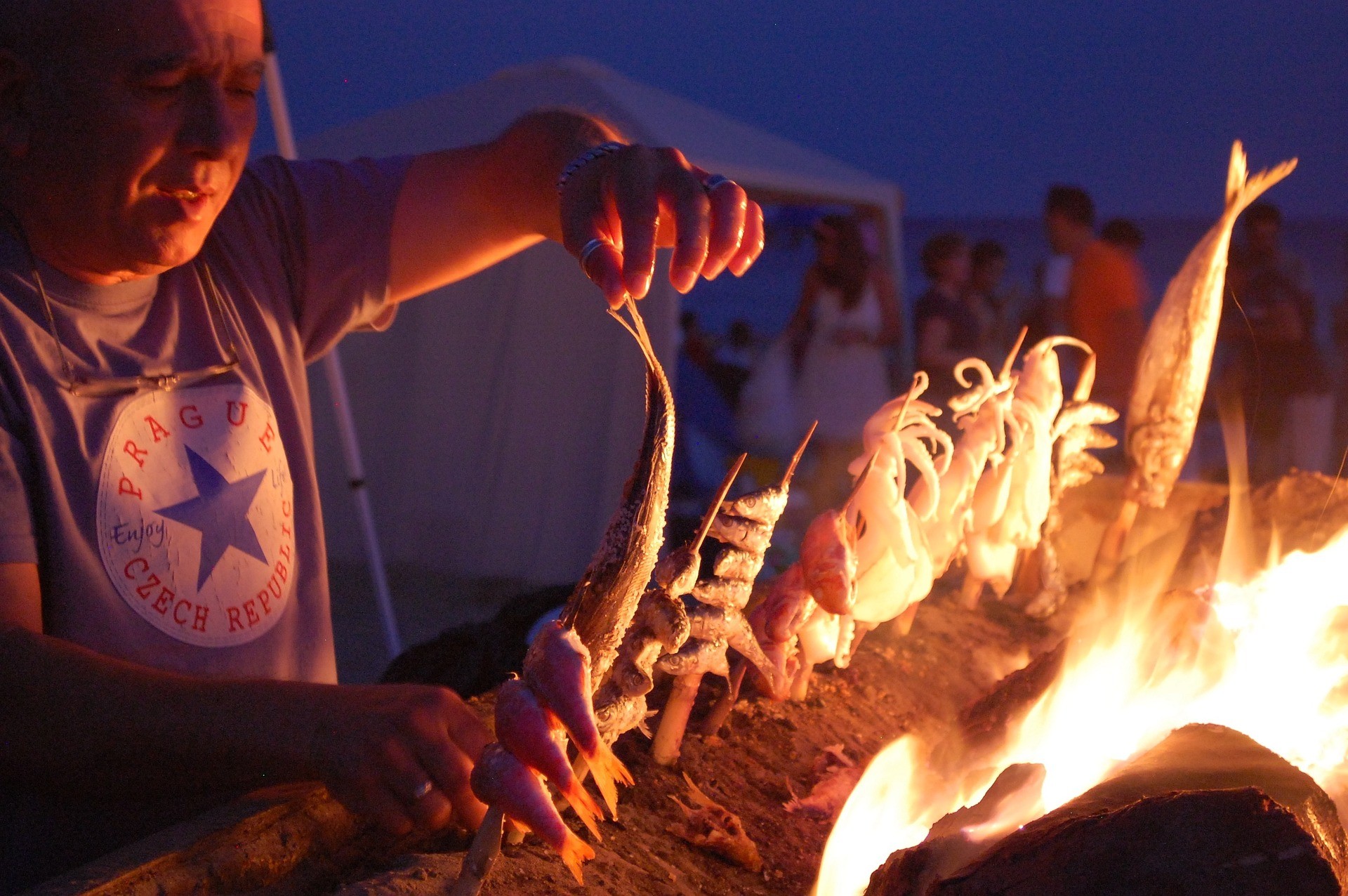 Málaga province has an important number of popular fairs and festivals all year round always welcoming of visitors. These celebrations are of diverse origins but most are related to historic events and/or gastronomic culture. They are a fun way to know the culture of the area and to enjoy a purely local experience.

Some of these celebrations are more important in Málaga city but most of them take place in some of the over a hundred towns/villages of the province.

If you want to visit these fairs and festivals you are going to need your own car as many of them are in small villages not very well communicated with Málaga city or the coast.

Car hire services in Málaga are easy to find and with just a couple of clicks or a telephone call you can find the car you need.

They take place on the weekend closer to January, 17th honouring San Antón, patron of the village. This is a very popular celebration for all people with pets at home.

The celebration starts on Saturday with fireworks and the procession of the Saint image through the streets of the village. After the procession is finished there is a street party.

Sunday morning starts with a mass in honour of San Antón followed by a popular gathering in the centre of the village of everyone, locals and visitors and, very important: their pets, as these are going to be blessed by the saint. The celebration finishes with a big party with food and dance and music for all. 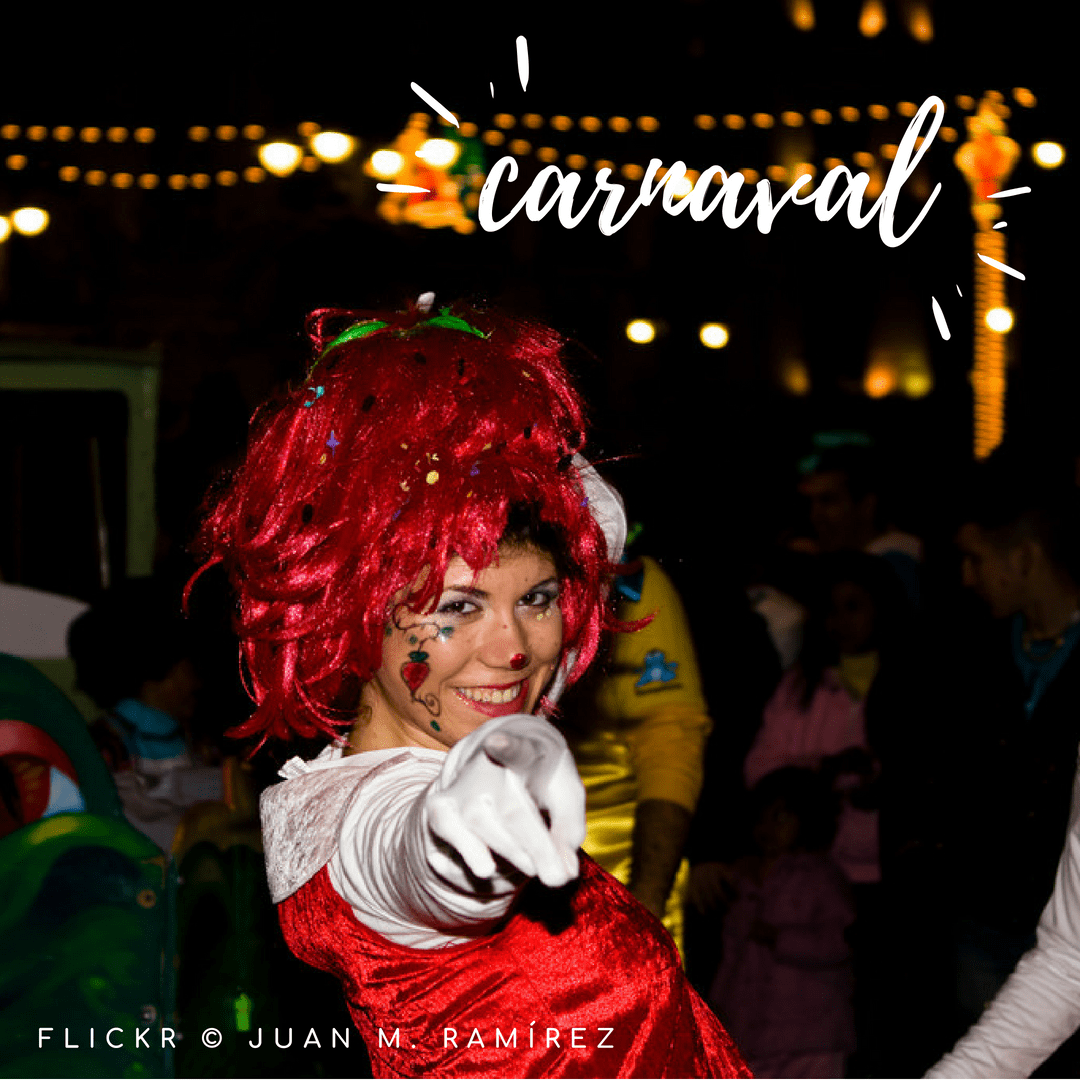 During Carnival numerous activities and events take place in the city, especially in the historic centre. Teatro Cervantes is the place chosen for the popular contest of traditional Carnival songs. In many boroughs you can find gastronomic events celebrated jointly with Carnival songs representations.

Celebrations come to and end in Malagueta beach with the ‘entierro del boquerón’ (the local version of the ‘sardine’s burial’ of other locations).

It takes place usually the first Sunday of February.Around noon an exposition of traditional food products typical of the village, and produced there, opens to the public. There is free distribution to all visitors of over a thousand pork products. From 5 pm there is music and dance to enjoy the evening 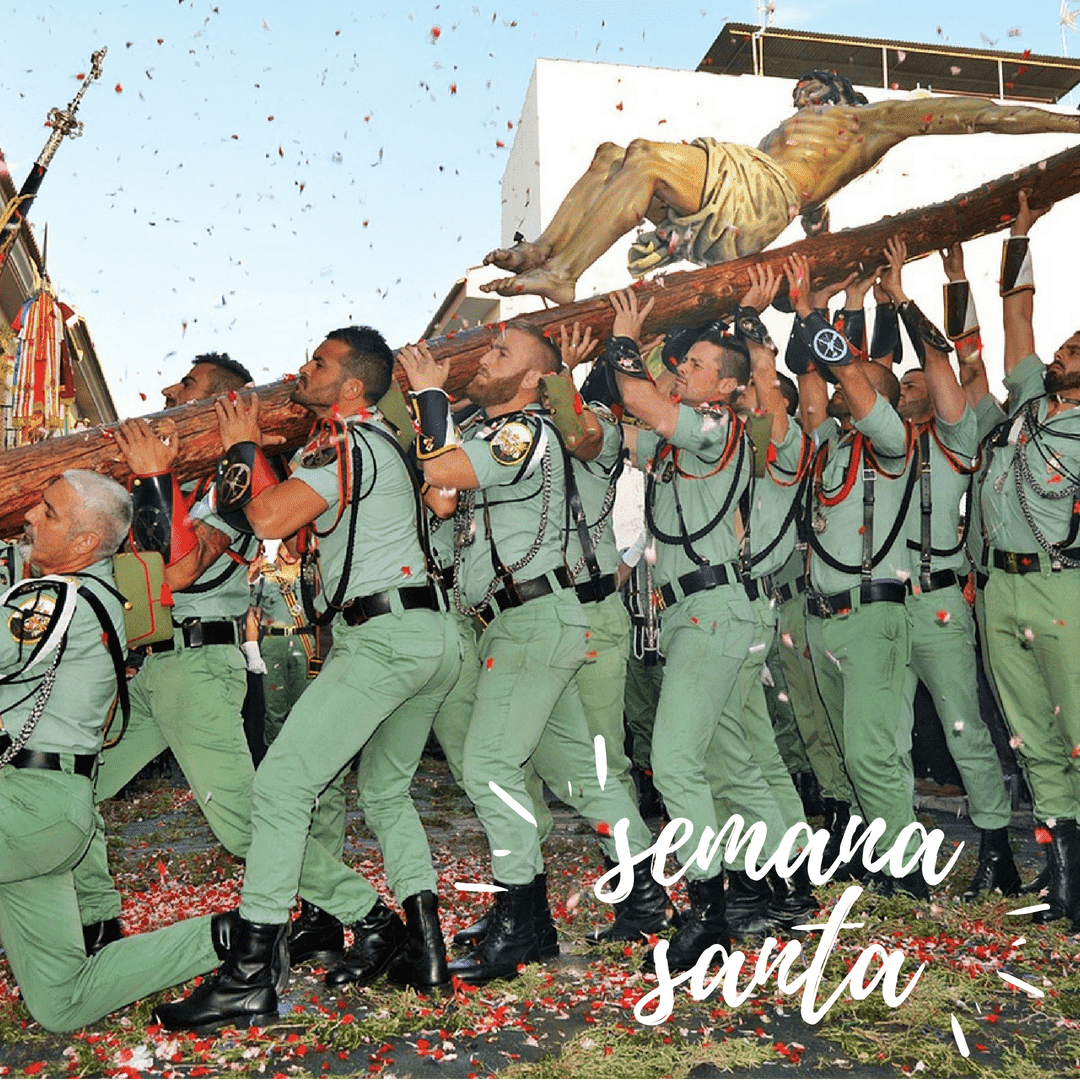 For over 500 years, Easter in Málaga, -in Spanish better known as ‘the holy week’- has been an integral part of popular culture of its people. It was declared of ‘International Tourist Interest’ by the national government in 1980. It is a quite surprising religious event that attracts hundreds of thousands of visitors.

Saint Isidro’s day is in May, 15th so celebrations take place on that same day or in previous days. The pilgrimages in honour of San Isidro are usually celebrated around a rural chapel in the countryside (an ‘ermita’). In several locations there is a procession of the image of San Isidro from the ‘urban’ church to his ermita. Music, traditional dances and typical gastronomy samplings are common entertainments.

In Ardales, neighbors and visitors are invited to paella.

On June, 23rd thousands of people celebrate Saint John’s night all along the coast. Summer solstice is close so the night is also known as the ‘shortest night’ of the year.

Big bonfires by the beach with food, music and dance are typical.

Some of Costa del Sol’s most popular beaches where you can celebrate this night are:JULY

The day of the ‘Virgen del Carmen’ is a very especial day for fishermen, sailors and all seamen as this is the day of their patron saint. In July 16th the procession of the Virgin takes the image from the church and walks her to the sea where She is embarked on a traditional boat. From there the Virgin blesses the sea and all those who lost their lives in it.

This celebration takes place in Málaga city and in other villages on the coast such as Marbella, Benalmádena, Fuengirola, Rincón de la Victoria, Nerja, Manilva 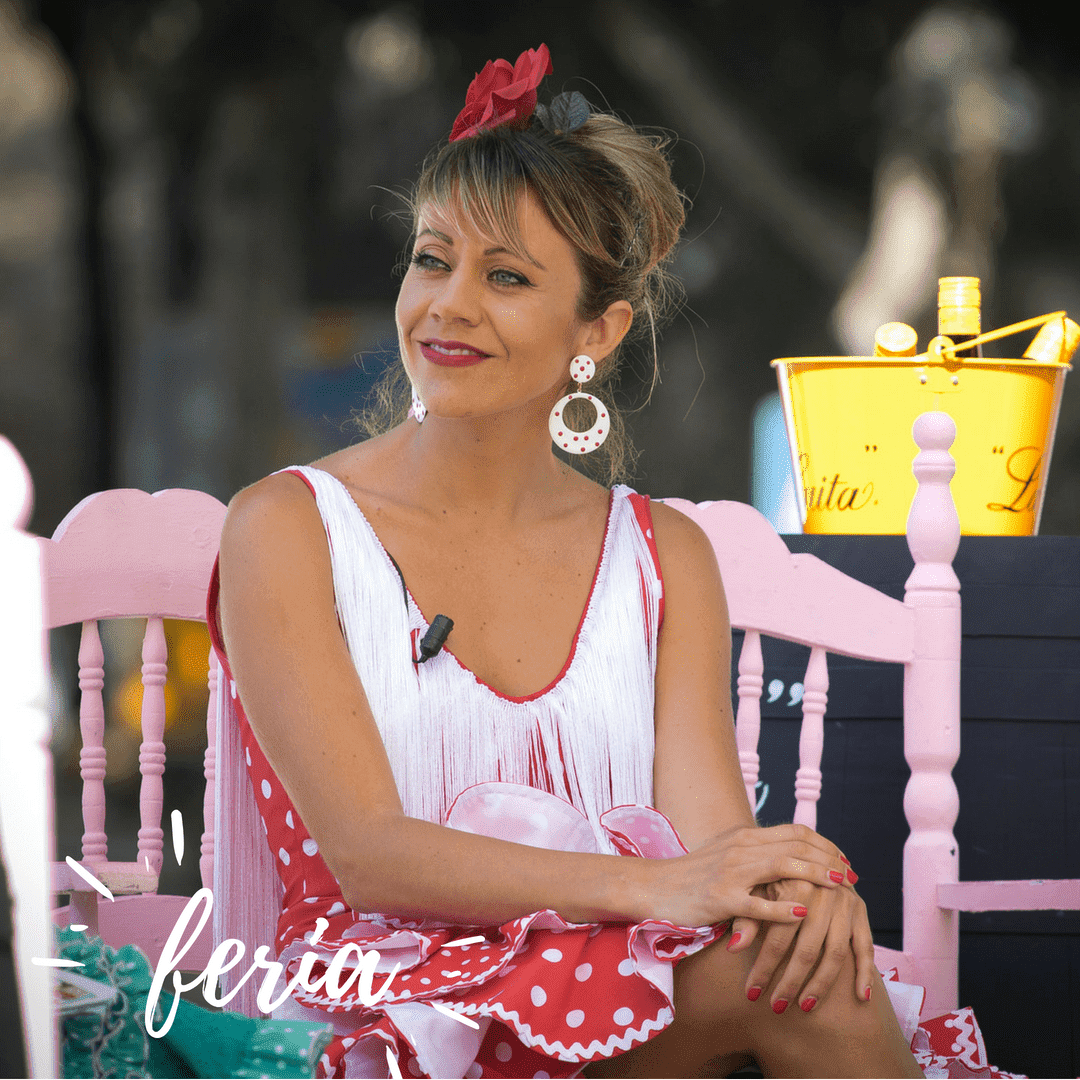 Málaga’s Fair commemorates the conquest of the city by the Catholic Kings. For a long week the place is full of events and celebrations during the day and also by the night.

Every village/town of the province has its own ‘feria’ in different dates of the year. We encourage all visitors to check when these celebrations take place and participate on them.

The Moorish Moon festival is an exhibition of the culture and history of the region. During the festival, traditional andalusí, sefardí and Andalusian music performances take place. Visitors can also enjoy theatre representations, art exhibitions, dance workshops and artisan products offerings.

By night the streets of the village are illuminated with over 20.000 candles and are decorated with typical Moorish culture motives.

There is also music and dance performances with events especially dedicated to children. 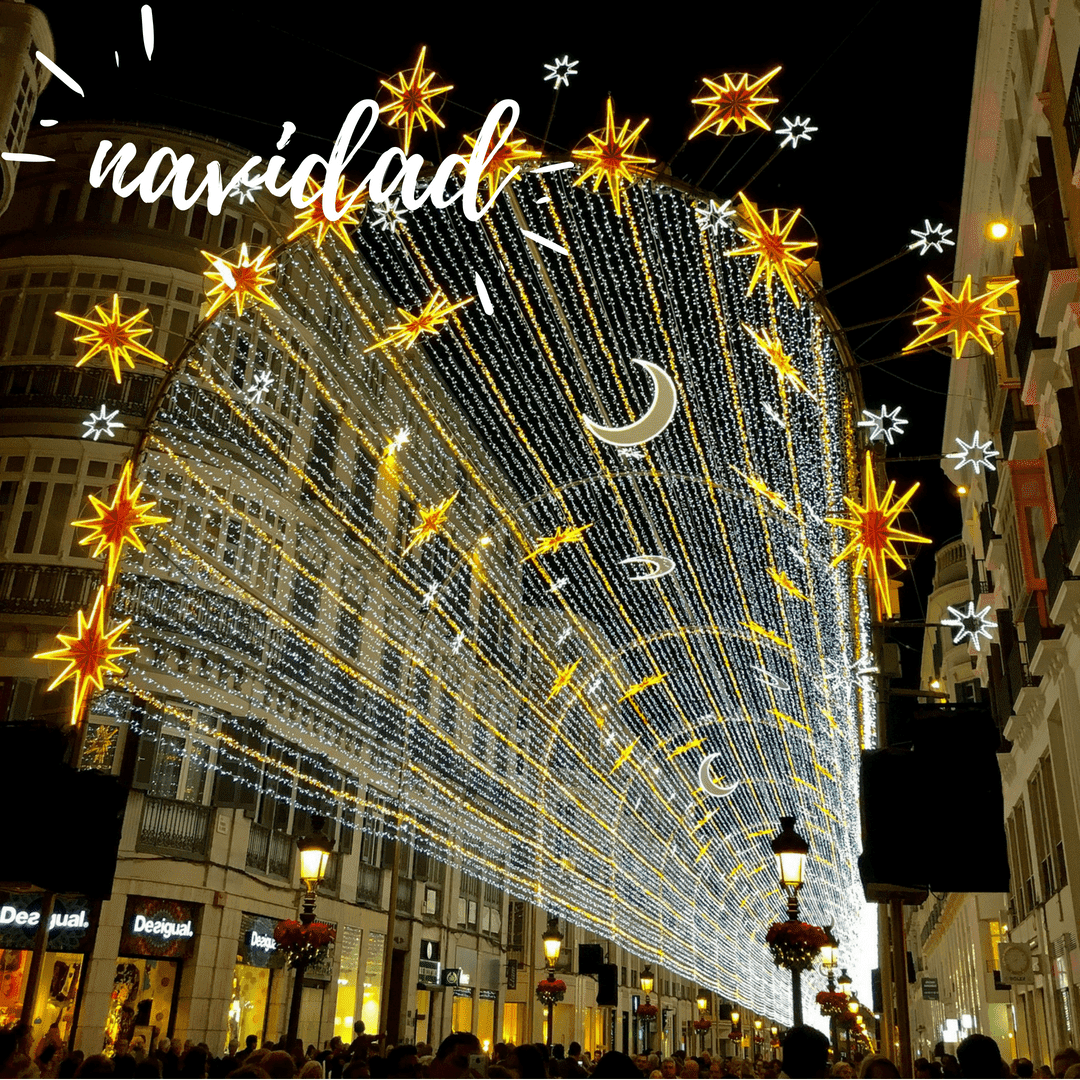 Christmas is traditionally one of the big celebrations in Spain and of course in Málaga. Every year several weeks before Christmas there are different events in the city that deserve to be highlighted.

Around November 24th especial Christmas lights on Larios Street are switched on. Christmas lightning is also present in many streets all around the city and the Christmas Tree lights are also switched on in Plaza de la Constitución.

Along el parque de Málaga, locates a traditional Christmas market where you can buy all typical season products, costumes, toys, etc. to fully enjoy the festivities with the family.

On Christmas eve many restaurants offer an especial menu for the night although for Spanish families is a night to be all together at home.

New year’s celebrations are very especial in Spain: everyone eats 12 grapes in the last 12 seconds of the year to welcome the new year. After that everyone goes out to party on the streets.

The last event to mention is the Three Kings parade. It takes place in the evening of January, 5th. Most Spanish children receive their Christmas presents on that night following the tradition of the Three Kings paying homage to the child just born in Belén to bring him gifts.