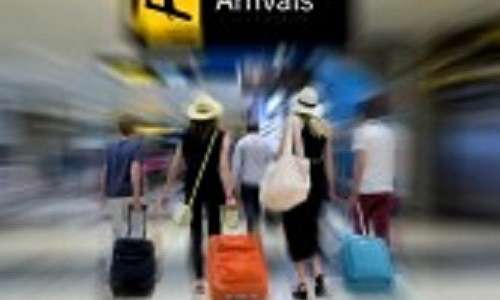 Situated on the coast, just a little to the east of the provincial capital, Malaga Airport (airport code AGP) is the busiest airport in Southern Spain. It has three terminals with extensive facilities which serve approximately 78 international destinations.

As with all airports, the food can be a bit pricey but there's plenty of choice should you be waiting around at departures, including Cafe & Te, Burger King, Soho Coffee, Four Arrows (pub), Pizza Hut and Dani’s Deli Bar which are all in Terminal 3 and Starbucks/Upper Crust and Caffe Ritazza in Terminal 2.

Finding Your Way Around Malaga Airport

Malaga Airport arrivals is well signposted in Terminal 3; if your flight lands in Terminal 2 it's only a short walk to the arrivals area and can be reached by travelators, lifts and escalators.

Malaga Airport departures and check-in is also in Terminal 3. Once you have checked in and gone through security you enter the passenger zone where you can shop to your heart's content.

There's a huge choice of parking options, from the well signposted airport car parks to the off-site parking companies who will park your car, drive you to departures and then pick you up again on your return journey. Do shop around for special offers as there's a lot of competition for these services.

The airport caters perfectly for their passengers as it couldn't be easier to meet and collect your hire car. Espacar meet you at arrivals at Malaga Airport; all the documentation is quickly filled out at the airport and the car is handed over to you there, too. So there are no lengthy delays in transporting customers to pick up the hire car or waiting for other flights to arrive to be transferred to our offices. This means with Espacar your Malaga airport car hire is waiting for you at the airport and so you can be on your way to start your holiday as soon as it's possible.

Getting to Your Final Destination

From Malaga's historic centre Malaga airport lies approximately 8km away. It's within 1 hours' drive east from Costa del Sol towns and resorts like Puerto Banus, Sotogrande, Benahavis, Guadalmina and Marbella. As for cultural city breakers, it's 288km from Cadiz, 214km away from Seville, 166km from Cordoba and just 134km away from Granada. Algeciras and Gibraltar are approximately 1 hour and 20 minutes' drive away, although during public holidays these timeframes can increase due to the Spanish love of the beach and the traffic that can build up as a result. If you're heading west, then Nerja is 70km from Malaga airport, La Herradura is just under an hour away and Almunecar is about 87kms drive along the coast.

If You Are Not Hiring a Car

Malaga Airport train station is in the new Terminal T3 building and links the airport with the city centre in one direction and the resorts of Torremolinos, Benalmadena and Fuengirola on the Costa del Sol in the other.

The new train station is situated underground and accessed via escalators. It is well signposted and can be reached via the square outside arrivals or outside departures. If you need to go further afield than the Costa del Sol you can take a short train journey to Maria Zambrano station in Malaga city where you can get connections to Madrid, Barcelona, Seville etc.

Malaga airport taxis are located outside the arrivals hall of T3. They are easy to spot white vehicles which almost always have an orange "taxi" sign on the roof which is lit up when they are available to hire. The Spanish taxis here run on a meter but still make sure you get a quote for your journey so there are no nasty surprises on arrival.

Here at Espacar we also offer our clients the flexibility to drop their hire car off at Malaga airport, Gibraltar airport or Malaga train station. Alternatively, for a door-to-door delivery service your car hire can also be collected or delivered to your hotel or villa anywhere from Marbella to Sotogrande.

The Holiday Inn Express is the nearest hotel to the airport; they offer a free taxi or shuttle bus for those early morning or late night flights.

A little further afield in Malaga city is the stunning AC Malaga Palacio which is close to the Cathedral of Malaga and has beautiful views of the port and parks. The airport is a short 15 minute drive away and the train station is a 5 minute walk.

The Las Vegas Hotel is situated just 100 metres from the beach and close to the city centre with its bars, restaurants and shops. It is a 15 minute drive to the airport from this hotel.

(For a selection of great places to stay in the city centre, check out our pick of the best hotels in Malaga.)

Looking for a car hire at Malaga Airport? See what Espacar have to offer.