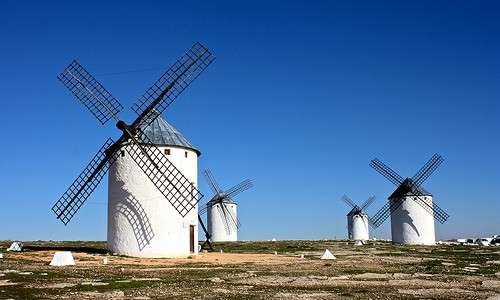 Malaga Airport is on the outskirts of the city of Malaga, close to the coast of the Costa del Sol and a great jump-off point for a variety of key destinations all over Andalucia. Here we run through the distances involved, the routes you'll take and a few sights to keep an eye out for so you don't miss anything along the way...

From Malaga Airport to Malaga

The city of Malaga is very close to the airport and it only takes about 15 minutes by car to cover the 11 kilometres to the city centre. To get there you head straight down the MA-21 motorway then merge with the MA-20 and take exit 7 following the signs for Cartama, followed by centro cuidad (city centre).

If you're looking for one of the best city beaches in the region, take a look at La Malagueta. Just a short stroll from the city centre, the seafront is lined with places to eat and drink, while the new Muelle Uno port area with its shops, bars and (yet more) restaurants is also nearby.

From Malaga Airport to Marbella

We recommend that when in Marbella you try to fit in a quick round or two of golf as the area is obviously home to some of the best golf courses in Spain.

From Malaga Airport to Seville

The city of Seville is to the north and west of Malaga Airport, and at a distance of 215 kilometres it takes about 2 hours and 10 minutes to get there. From the airport you head towards Malaga on the MA-20/21 then on the A-7, following the signs for Cordoba/Granada/Seville. Take exit 241 to merge with the A-45 then at exit 98 merge with the A-92 to Seville.

On the way from Malaga to Seville keep an eye out for the amazing La Peña de los Enamorados (The Lovers' Rock) which is shaped like the head of a sleeping Native American chief. The mountain is also known locally as The Indian's Head and The Sleeping Giant and is close to the town of Antequera.

From Malaga Airport to Granada

To the north east of Malaga Airport, Granada is 135 kilometres away, which takes around 1 hour and 25 minutes by car. From Malaga Airport you head towards Malaga on the MA-20/21 then on the A-7, following the signs for Cordoba/Granada/Seville. Take exit 241 to merge with the A-45 then at exit 98 merge with the A-92m towards Granada; at exit 0 merge onto the A-92 all the way to Granada.

Something not to be missed along the way to Granada are the very famous fish restaurants at Riofrio (literally meaning 'cold river'). They're directly off the A-92 motorway and their specialities are brown trout, sturgeon and caviar.

From Malaga Airport to Nerja

From Malaga Airport take the MA-20/21 following the signs for Cordoba/Granada/Seville then merge onto the A-7 and take that all the way to Nerja to exit 292. The distance to Nerja from Malaga Airport is 70 kilometres which takes around 1 hour and 15 minutes.

A must-see spot in Nerja is the Balcon De Europa with its spectacular views. Just park up and go for a gentle wander around the beautiful craft shops, many bars, restaurants and ice cream parlours.

Flying into Malaga Airport in the near future? Check out the latest offers available on our hire cars.