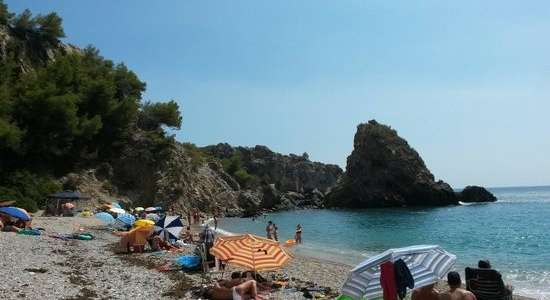 So you've taken the plunge and booked your flights to sunny Spain for that longed-for trip. But what to pack? Miniscule luggage allowances require us to get it right. The average monthly weather in Malaga and Costa del Sol is generally bright and sunny - but seasonal differences may require some planning ahead. Let's take a look at the year-round forecast for this part of southern Spain. One thing's for sure - you'll need your sunglasses!

Weather in Malaga in January

Brrr... it might be cold and miserable in the UK but January is an ideal time to soak up some winter sun in southern Spain. Rarely below 12° C the sunny days and cooler evenings are perfect for a post-Christmas break. Will it rain? Average rainfall in Malaga is just over 80mm and maybe just a dozen days out of the month will see the need for an umbrella.

Weather in Malaga in February

February remains much the same as January, but we might see an extra day or two of sunshine, which also notches up the temperatures a degree to give an average high of 16° C. Rainfall average will also slightly decrease and the cooler nights won't get below 7°.

Weather in Malaga in March

March sees a big jump in temperatures on the Costa del Sol. Highs of 18°C mean lunches by the beach admiring the calm and sparkling blue Mediterranean. Spring flowers and blossom on the surrounding mountains - along with average monthly rainfall clocking in at just 59mm - make March a great choice for an early break.

Weather in Malaga  in April

April sees a rise in the number of visitors to Andalucia - with a combination of Easter holidays, Semana Santa and rising temperatures proving particularly attractive. An average high of 21°C and a drop in average expected rainfall to 40mm means it's important t pack light. Your Easter egg might melt, but you won't - the intense heat of summer is still a little while away.

Weather in Malaga in May

The start of the summer holidays and high season just a glass of sangria away. May might mean an escape just before the schools break out and everywhere books up. And the weather? With an average rainfall of just 8 days in the whole month of May, you can generally expect good things. Nine sunshine-filled daytime hours of 23°C and the sea temperature rises to 17°C - warm enough for your first dip, perhaps?

Weather in Malaga in June

June on the Costa del Sol brings Midsummer's Day and bonfires on the beaches. Midsummer (or San Juan) is the first sea dip of the year for most, and most locals refuse to dip even a toe until then. If you're coming from chillier climes, though, high temperatures of 27°C and an average 5 days of rainfall might mean a swim in the cool blue Med is totally necessary - so definitely pack the swimwear and SPF.

Weather in Malaga in July

The Costa del Sol in July is a great choice for families enjoying a beach holiday. Sweltering sunshine, long and sandy beaches and fun in the sun. How much sun? An average of 11 hours a day and highs of 29°C. How does that sound? Better book that hotel quickly and of course don’t forget to book your car hire...

Weather in Malaga in August

August brings more of the same. Spain seems to go on holiday, too: it's the month where office workers and white-collar employees down their laptops and pens and go to the beach. And who can blame them? There's wall to wall 11 hours of sunshine, while the average 3 days of rain will probably only come in the form of a welcome thunderstorm to break the humidity. No need for your umbrella.

Weather in Malaga in September

Back to school, but perhaps there's time for a short break with the family to grab the last rays of summer in Spain. Weather in Malaga in September still hot and sunny, with an average temperature of 26°C and only 5 days of rain meaning it's definitely warmer than September in northern Europe.

Weather in Malaga in October

October still leaves a chance of grabbing an outside lunch and allowing you to turn your face up to the daytime sun for a few welcome rays. You'll still feel highs of 22°C but the evenings draw in a little cooler than previous months - expect lows of 14°C.

Weather in Malaga in November

The wettest month for the Costa del Sol, November brings an average rainfall of 115mm but only 11 days so you might be lucky enough to dodge it. Sunshine? 6 hours a day with average November temperatures of 18°C still making for a pleasant few days away.

Weather in Malaga in December

Christmas in Spain? Why not? The days are bright and sunny and the winter air brings the best, most far-reaching views. 13 days of rainfall still make a break on the Costa del Sol a good bet. High December temperatures of 16°C and 5 hours of bright daytime sunshine might be enough temptation to say Feliz Navidad in Spain!

If you found our article about average monthly weather in Malaga, do not forget to check our tourist information guide about Costa del Sol.