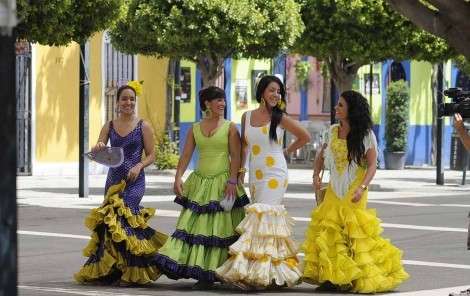 There's no better time to visit Andalucia in southern Spain than during a fiesta or feria. These celebrations are an opportunity for the Spanish to let off steam and for a visitor to sample a bit of the local culture at its best. Here's our run-through of the best southern Spanish festivals, with what's involved and when they take place.

Feria or Fiesta - What's the difference?

A fiesta means a party and when it's an organised fiesta it often mean it's a local or regional holiday. There are several reasons the Spanish organise fiestas: religious events like Easter, saints' days, gastronomy (celebrating a specific local dish or drink) and region-wide holidays such as the Day of Andalucia.

Ferias, however, are annual festivals that each city, town and village organises at different times of the year (often during the summer). This is when a feria ground is erected (just outside of town), made up of a fun fair, casitas (tents with food, drink, music and dancing), and often a main tent where competitions are held.

During feria you'll tend to see people wearing traditional costume and flamenco dresses alongside lots of drinking and dancing - it's great fun, basically. Accommodation does get booked early in advance around feria time and the hotels charge peak prices but it's worth it as it's a fantastic spectacle.