Malaga, better known among tourists for busy beaches, high-rise hotels and vibrant nightlife, has been busy reinventing itself over the last years, with the welcomed inauguration of one brilliant museum after another.

There are, of course, many fun things to in Malaga, but this impressive collection of museums alone make a trip into the city well worth the effort, and offer some sort of respite from the relentless beach-bumming, if such a pastime has, however improbably, become dull or overwhelming.

Whether you’re into art, design, cars, wine or architecture, there is surely something amongst the museums of Malaga that you will find interesting. Here are six of the best museums in Malaga. 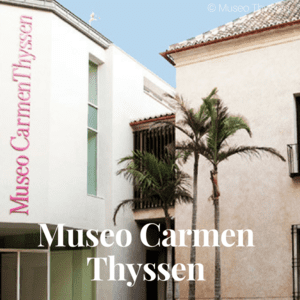 Carmen Thyssen is a prolific 19th-century Spanish painters art collector -with special attention to those of Andalusian origin- and since 2011 has had a museum specially dedicated to her own, ever-growing collection of around 230 works, accrued over the last 30 years.

The grand museum is divided into four sections, based on the type of painting (portrait, landscape etc.) and era within the century, but there is a certain common element among the works that still feels very relevant to the Andalucia of today. Andaluz-style patios, bullrings and traditional ceremonies, for instance, are often depicted. 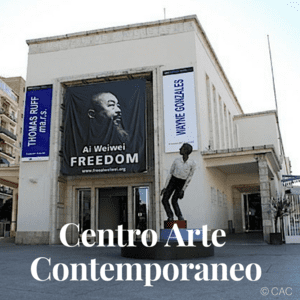 Malaga’s renowned Contemporary Art Centre (CAC) is hard to miss, on account of the two, large, striking images depicted on the side of the adjacent apartment block – one of a woman in a meditative-like pose, the other of a cartoon-style fighter jet pilot with an apparent grudge against ‘d-dogs’.

The Centre is dedicated to contemporary art. You can enjoy there carefully curated temporary exhibitions and a very interesting permanent collection with works from recognised artists as Louise Bourgeois, Olafur Eliasson, Thomas Hirschhorn or Damien Hirst. 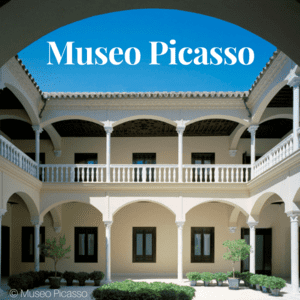 Probably the only Malaga museum that needs no introduction, the Pablo Picasso museum offers visitors a rare glimpse at some of the great Malagueño’s finest accomplishments. In addition to the 12 halls of permanent exhibition gallery, which include classic Picasso works like ‘Mother and Child’ and ‘Fruit Bowl’, there are also many sketches and ceramics to be found.

Picasso’s birthplace, Casa Natal, is located nearby and includes more exhibitions and photos of what life was like for Picasso in his early days. 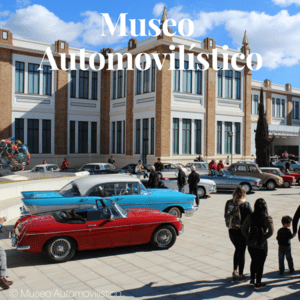 Car fanatics will feel in their element as they step back in time into this vintage automobile museum. Opened from 2007, the attraction houses the private collection of Portuguese automobile enthusiast Joao Magalhaes. The estimated total of the collection’s worth is around 25 million euros.

If this superb car collection is not attractive enough they have added a brilliant fashion exhibition with works by some of the most acclaimed fashion designers from last century. You can admire designs by Yves Saint Laurent, Christian Dior, Chanel, Pierre Cardin, Christian Lacroix, Balmain, Ungaro or Vivienne Westwood.

Wine is, of course, a prized asset of Andalucia, and has for centuries provided the means of many an alcohol-imbued evening (or afternoon) all over the region. You could say that some things never change.

The wine museum of Malaga unravels the long history of wine-making in the province of Malaga, with detailed presentations and explanations of ancient Phonecian, Greek and Moorish wines, through to 19th and 20th century wines and today’s most favoured variety, Moscatel. You can learn about the different types of grapes harvested in the province, as well as how each variety of wine is aged. 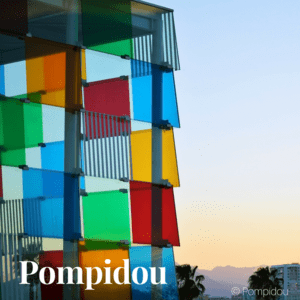 Much like the CAC, you’d either be very unlucky or absent-minded not to notice the outstanding Pompidou Centre as you walked past it, since a giant, brightly-coloured cube looms over the Parisian outpost in Malaga’s port area.

The gallery, which opened in 2015, houses world-famous works formerly displayed at the Pompidou in Paris.

The opening of the Pompidou Centre, if anything, only served to further cement Malaga’s status as one of the most culturally significant cities within Europe.

The Museo de Málaga is born with the fusion of two previous institutions: the Museo Arqueológico Provincial and the Museo Provincial de Bellas Artes.

Today is located in the brilliantly restored Palacio de la Aduana where visitors can find the biggest museum in Andalucia and the fifth biggest in Spain.

First floor is dedicated to paintings with one of the biggest collections in the country of 19th Century painters with names as Sorolla, Federico Madrazo, Carlos de Haes, o Vicente López Portaña and some of the more renowned participants of the Escuela Malagueña de Pintura: Muñoz Degrain, José Nogales, Moreno Carbonero, Enrique Simonet or Bernardo Ferrándiz.

Second floor has a fantastic exhibition of archaeological treasures with remains from prehistoric, Phoenician, Greek, Roman and Moorish origin.

If you're not such a museum aficionado but still eager to explore Malaga city, perhaps you'll find some inspiration in our Malaga Rainy Days post!

Or, if you're looking for car hire to get to Malaga, check out Espacar's latest rental deals.