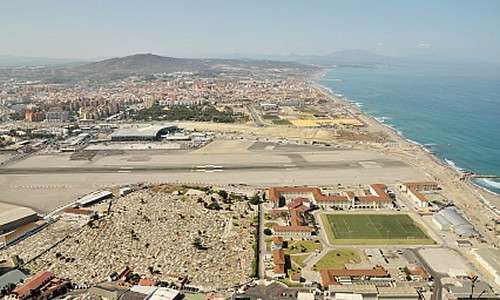 What to do in La Linea - Cadiz

Commonly known as 'La Linea', this coastal town is found in the very south of the Cadiz province. Marking the border between Gibraltar and Spain, La Linea de la Concepcion is often referred to as 'The Gateway to Gibraltar'.

There is close interaction between Spain and Gibraltar, with people crossing over the border on a daily basis for work. Many Spanish residents also prefer to park in La Linea when visiting Gibraltar for the ease of crossing the border by foot instead of by car.

La Linea offers an array of things to do and see. Firstly, there is 'La Atunara' - the old port area where there is a church and several restaurants and bars. There is also the bull ring that attracts many fans during the July fighting season and has its own museum.

You can also pay a visit to 'El Museo del Istmo' (The Isthmus Museum) which holds many artefacts in relation to naval history, as well as findings from prehistoric to modern history. For religious sights, there are many old churches in the area.

For keen shoppers, Avenida Principe holds an open air market on Wednesdays selling a range of goods from groceries to antiques. There is also a shopping centre in La Linea which is located between Calle Real and Plaza Cruz Herrera. However, if you are longing for the taste of Britain, you can always hop over the border to Gibraltar for a wider selection of British high-street names as well as smaller retailers.

Alternatively there is La Linea's theatre - Teatro Municipal La Velada - where there have been performances from both Spanish and international theatre companies.

La Linea de la Concepcion is a lively Spanish town, offering ease of border crossing and a selection of bars and cafes where visitors can soak up the ambience during one, sunny afternoon.

For more information on the options for car hire in La Linea with Espacar, please contact us via e-mail at info@espacar.com or call 952 792 935.